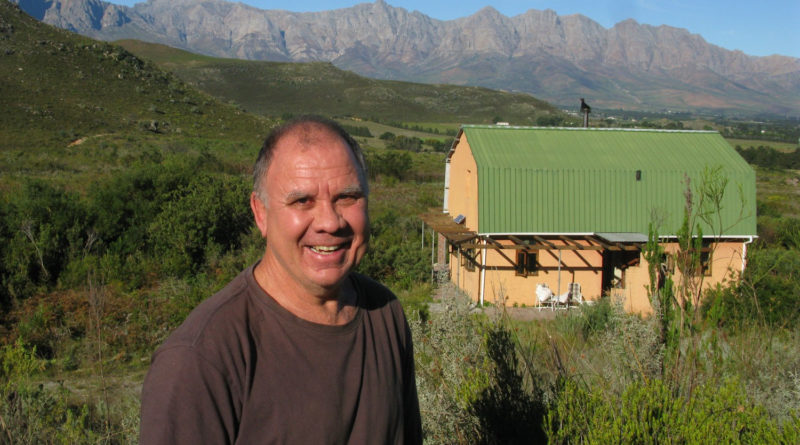 After weeks of Covid 19 restriction the limited summer season at the Royal Arts Town Amphitheatre (RATA) in Riebeek Kasteel resumes this weekend.
Roger Lucey’s How to Build a House in the Mountains, originally scheduled for early January, will now play on Friday 12 and Saturday 13 February.
Lucey’s music career was ended by a covert security police campaign in the early 80s.

In 1997 he built a house in the Bains Kloof mountains. It was an endeavour that would change his life and bring him back to his musical roots.
How to Build a House in the Mountains is the story of forty years in a South African troubadour’s life, a wild and often dangerous roller coaster ride that has finally reached a restful place.
“There are only a few troubadours and writers in each generation, those souls who record and document an era, who say on behalf of us all: We lived. We loved. We experienced pain. We were brave. We did extraordinary things. Roger is the epitome of the spirit of the new South Africa. How to Build a House in the Mountains is uplifting, poetic and inspiring. And not to be missed.” Graham Weir, late actor, playwright, musician.

*In March, Rata proudly presents The Shadow of Brel award winning musician, composer, actor, director and singer Godfrey Johnson’s solo show of the master’s greatest works, from the classics to some of the lesser-known songs. Johnson, who was nominated for a Fleur du Cap Award for his performance, also includes some of his own music and songs in the production.
Don’t miss these two extraordinary artists performing their work in the magical setting of the open-air amphitheatre. Social distancing and all other Covid regulations are strictly adhered to and masks must be worn at all times during the performances.
Bookings for both productions are now open. Book online at www.artstown.co.za or call 082 851 1262