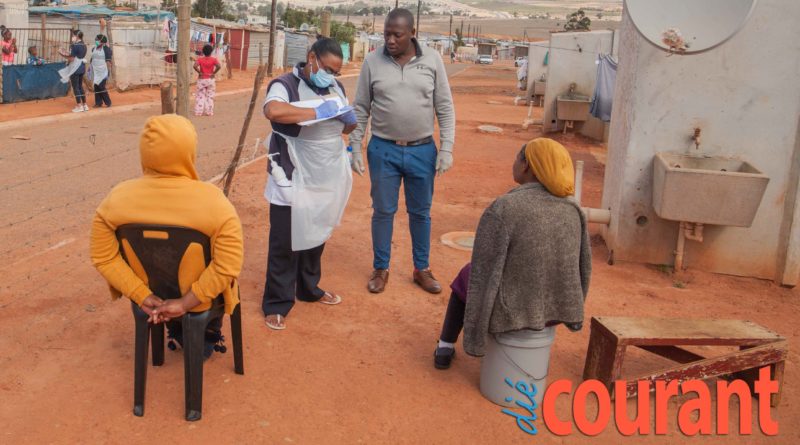 The health authorities began Covid 19 screening and testing in the Swartland and other parts of the West Coast this morning.
Pholapark 3 and 4 in Malmesbury were earmarked for the first screenings in the Swartland and the project will continue for the next few days.
The police and law enforcement officials of the Swartland Municipality were present for support during the screenings. Local councillors also helped explain the process to residents.

dié courant spoke to councillor Ntobeko Zatu about the situation in Ilingelethu.
Asked if he has noticed that more people than usual may be ill, says the councillor, although it is difficult to say exactly, it is not his perception that more people are now sick than usual.
He added, however, that the screening and tests would be more accurate than his perception, “but then a larger number of people have to go through the screening”.

Zatu added that there were major concerns about the about the delay in food parcels as emergency relief to those in need.
He also said that there could easily be unhappiness among residents if there were only some who received emergency relief.
“There are some plots where three or four families in need live together. We have received hundreds of applications from people for food.”